How To Survive Sales Operations

You need to stop burning yourself out.

You have one of the most demanding jobs in the world. Not just the responsibilities of operations, but you also have salespeople and finance coming at you. But you need to take a breath and you need to stop burning yourself out.

Today we’re going to talk about why it's actually better for you and your company to not burn yourself out. And to start off we’re going to share how Brian Koehn, the founder of ClientPoint’s Sales & Marketing Innovation Lab, ended up wearing too many hats a couple of jobs ago.

WHY TRYING TO ‘SAVE THE DAY’ CAUSES BURNOUT

Brian was in a sales job and got good enough at sales that he started closing more, bigger, and different types of deals than this company was used to, which was ridiculously exciting. But when it came time to deliver the products, Brian, who prides himself on doing a great job and caring, started getting horrified because operations wasn’t delivering the product that he sold. It started becoming extremely painful for him and he started getting embarrassed. Some of the most humiliating moments of his career came from those times where operations just wasn't fulfilling properly. So, the next thing you know, Brian started becoming an operations specialist, and started to project manage the deals that he closed.

Now, Brian was only getting paid to be a salesperson, and here he was, taking on the role of a project manager. So, now the company was getting a salesperson and a project manager for free. And instead of demanding that the company get better and allowing them to fail, Brian ended up just doing more work himself. He was working more on the weekends and getting stressed. The worst part was that he was taking on all the pressure and stress of operations in addition to the pressure and stress of a salesperson. And as most of you know by now, sales is one of the most mentally and emotionally challenging jobs in the world and so is operations. So, Brian was just getting crushed.

See how ClientPoint can help reduce the pressure of sales, Click Here to schedule a demo.

WHY YOU SHOULD LET OPERATIONS FAIL 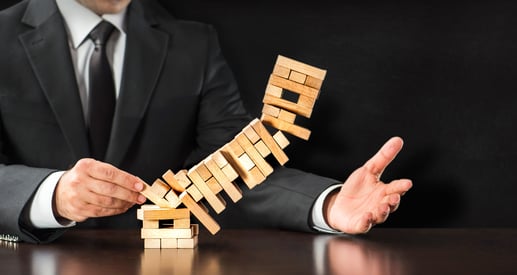 Eventually what Brian found, was that by letting go and just allowing operations to fail, it allowed him to help them learn how to swim on their own. And that allowed him to be a better salesperson and let the company be more successful.

So, for you as an operations individual in your role right now, you need to stop putting out every single fire. You need to stop trying to save every single day. The reason that it's going to be better is because when you see a system fail, you can actually solve the problem of that system. But if you see that it's going to fail and you jump in and save the day by covering for somebody, typically what happens is you only save the day in the moment and you have to just go onto the next fire. And now you have to constantly go back to that thing that you patched instead of fixing it permanently.

WHY LEAN SIX SIGMA IS THE SOLUTION

What the Lean Six Sigma methodology teaches you to do is to let the operation fail, let your system fail, and then fix the system. This is really controversial, but it's one of the most important methodologies on the planet if you're doing manufacturing or any really serious scalable process. You have to let go and just allow the cards to fall and let things play out, then fix whatever issues come up with a systems approach versus being a superhero. 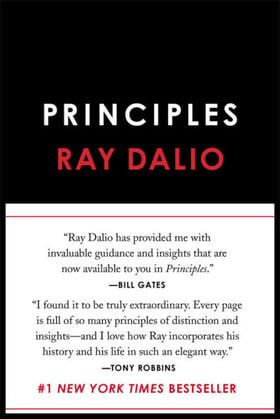 One of the places you're going to learn this, is in the book, Principles by Ray Dalio. Ray Dalio is one of the most successful hedge fund managers in the world. He built his business through systems and through allowing things to fail in his organization, learning why they failed, then building systems to prevent those things from ever failing again.

So, instead of constantly trying to figure out how to solve every single problem in the moment, what if you just let go and let those problems just play out? Allow yourself to think about how you can you solve those problems from a systems perspective. You might have to take some heat from the sales team, the sales leadership, or from finance, which is intense. But what would you rather do, take a little bit of heat right now in the moment, or do you want to have a permanent level of heat just constantly gnawing at you?

Schedule a Consultation now to see how ClienPoint's enterprise level software can improve your systems.

The deal is to let the organization fail and don't burn yourself out. Most sales operations folks are working 10 to 15 hours more a week than they should be and they're just constantly spinning plates to keep things going. Whereas, if you let a couple of plates fall and break, but you fix the spinner so the spinner can work without you, that's how you become more successful in your role.

Success as a sales operations person should be defined by how well the systems work when you're gone, not when you're there. Yes, it can be really kind of intoxicating when you’re sitting there thinking, “Man, look at how important I am because look at all the things that would break without me being here.” But that's actually the sign of a not successful individual, that's a sign of a not successful leader.

In sales operations, the reason you're there is to make all those systems work without you. So, be willing to let things fail, and to deal with the blow back of the failure, then solve them permanently. This way you can be successful long-term, and not burn out, and actually enjoy your life instead of working 60, 70, or 80 plus hour weeks, stressed out all the time.

If you want to stop burning yourself out while becoming more efficient, click below or check out ClientPoint.net to learn more.

Bland, boring paper-based business proposals are a thing of the past. Now, businesses are sending digital proposals to their clients and prospective . . .
Read More

To be highly successful in sales and in business, you need to be able to approach and confidently sell to very powerful and successful business . . .
Read More

How We Fixed Our Marketing and Tripled Our Leads

If you're in marketing, you're probably doing it wrong. Here at ClientPoint we had to fix a massive marketing mistake that we were making. We’re . . .
Read More