Will Your Sales Idea Succeed?

In this post I’m going to share with you exactly how to forecast and how to predict the success of a sales or marketing strategy in your business.

WHY IS FORECASTING SO IMPORTANT

I was working with an entrepreneur who had paid a lot of money to have a company help them sell more units of a product that they were trying to sell. I asked them, "Well, what do you want to get out of this consulting offering?", which they had paid a lot of money for. And they told me how many units they wanted to sell. Then I asked, "What sort of budget do you have and what sort of strategy are you using?". Then I put together this model and showed them why, unfortunately, it was not going to work for them. They looked at me, and we looked at the model, and it was just awkward. Because I could have saved them a lot of money by showing them that what they were about to try was simply not going to work. It wasn't going to get them the results that they wanted. 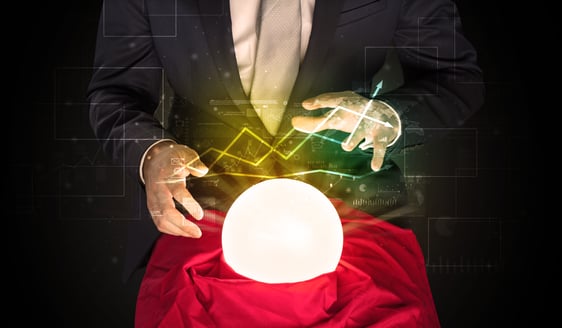 Having this ability to model and predict your sales strategy can help you magnify the good ideas and double down on the things that will work. It can also help you identify what isn't going to work and what you shouldn't even try. By being able to predict the success of your sales efforts, you have more power to hit your dreams and goals in sales or as a sales leader.

Find out how ClientPoint can improve your sales strategy: Schedule a Demo.

HOW TO BUILD YOUR FORECAST

Schedule a Demo now to learn how ClientPoint can improve you conversion rates.

EXPERIMENTING WITH YOUR IDEA

So, this is the way to predict the success of a sales strategy. And you can do this for each different type of outreach. What you're going to find, of course, is you've got different conversion rates for each one of those strategies.

If you're not getting people converting at an acceptable rate, it could be a couple of things. It could be that the traffic is bad, meaning you're reaching out to the wrong people, or it could mean that your message isn't that great. So those are the two things you need to troubleshoot at that point.

As you go through each one of these conversion rates, you can find and troubleshoot what could be the problem. If you only have 40% of the people showing up, what can you do to increase the show up rate? Well, ClientPoint can help with that, we help make sure that your show up rates increase. And you can make sure that you're calling and texting people, reminding them to show up.

So that is the best way for you to troubleshoot your sales and marketing strategy to understand what is going to work and what might fail. That way you can make sure that you're doubling down on the things that can create real traction in the marketplace and get the best results possible for you, your business, and your family.

If you'd like to see how ClientPoint can help you optimize each one of those conversion percentages, we can show you exactly how, Schedule a Demo Now.

Businesses dislike receiving cold calls from sales people and marketers. Research suggests it's one of the most frequently cited pet peeves in . . .
Read More

Stop Wasting Your Time At Networking Events (Do This Instead)

Have you ever gone to a networking event like a trade show, conference, or happy hour and made a bunch of new connections only to have those people . . .
Read More

If you want to make more money in sales, you have to become more emotionally intelligent. We are going to explore emotional intelligence from a . . .
Read More