How to Handle Difficult Prospects when Selling

Today we’re going to share with you how to handle people that annoy you when you're in sales. This happens all the time where you're on a sales call and somebody is trying to take control.

Normally in sales when somebody is annoying you, it's because they're trying to take control of the call. And as a salesperson, as soon as you lose control, you're probably going to lose the sale. So we want to give you an idea of what's happening with the prospect and give you some tips and techniques on how to handle those prospects.

WHY IS YOUR PROSPECT ANNOYING YOU?

The reason that you prospect trying to take control of the call and why they're showing up as an annoying person for you, is that they're under stress themselves. Typically, a person under stress is trying to control whatever they can and oftentimes the easiest thing for them to control is a salesperson. So, they jump on a call and they're sitting there thinking, “I’m stressed!”, and they start getting annoyed with the salesperson, so they immediately take control. Especially if they think that the salesperson might waste their time.

You're going to hear things from these annoying people like, "Hey, can you just tell me the price?” or “Can you, just get to it, I want to see something right now." What you want to do is not break and not give in because as soon as you do, it's going to be like a cat toying with a mouse. As soon as they know that they have control of you, you're going to be their new punching bag to take out some of their aggression on.

STEPS TO TAKE CONTROL OF THE CONVERSATION

Normally, when somebody starts putting pressure on you and triggers stress in you, you will start responding to them. You start winding up, which winds them up, then it turns into that game where they can't wait to take control of the call and it turns into a big waste of time for both of you.

Schedule a Consultation to learn how ClientPoint can help you take control and close more deals.

So, as soon as somebody tries to take control of the call or starts being rude, you want to relax. Then you want to relax even more. You want to relax two to three times more than they are. Now that you're at ease, you're setting them more at ease and you're also taking back a little bit of control in the conversation.

When somebody's under stress and they're trying to push you around, they just want to get some results fast. As soon as you let them know that you're not someone that can be pushed around and that you can keep control, even under their pressure, then paradoxically they're going to start feeling safer in your presence. Their anxiety circuits are going to start calming down because they know they're around someone that can get results.

Now, you want to make sure that as you relax, you also let them know that you understand that they're in some sort of a hurry and that they want to make an urgent decision. You can label that and say,

That's how you shift them from trying to push you around and reset the frame.

STEP 3: HAVE A MEANINGFUL CONVERSATION 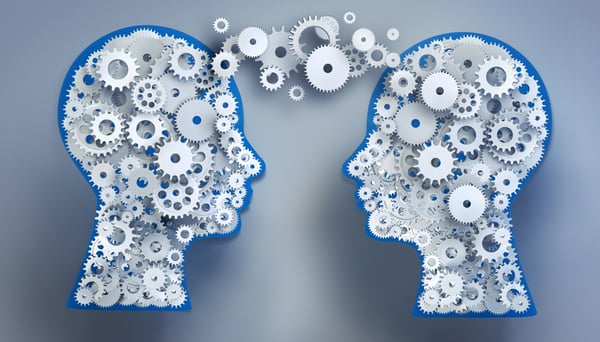 As soon as that initial force that they're pushing against you caves, you have a great opportunity to have a meaningful conversation. We've had sales calls in the past where somebody's very pushy and very aggressive and it's really tense and they’ve said, "I only have five minutes. You need to get to the point." Then the next thing you know, we have an amazing conversation. They’re relaxed, we’re making jokes with them, and they're having fun. We end up on a sales call for 45 minutes which turns into a beautiful relationship, friendship, and of course business deal.

Learn how ClientPoint can take your business deals to the next level, Schedule a Demo now.

And the last thing to mention is sometimes when we talk to somebody who is aggressive, annoyed, or stressed, we often end up being a little bit too nice to them. Unfortunately, the nicer you are, psychologically within them, it triggers their predatory instincts. So, if you seem really nice or friendly and they're already stressed, then they're going to come down on that. 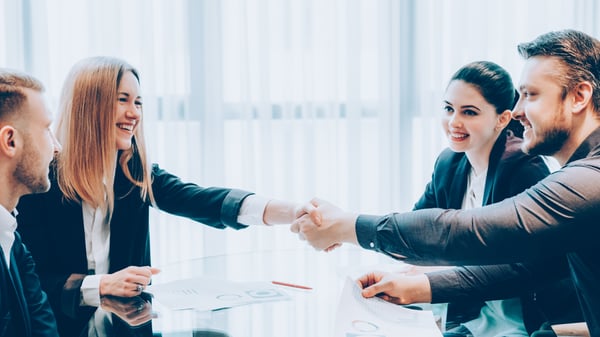 So, whenever you're dealing with an annoying prospect on a sales call, make sure the first thing you do is relax. Even if you're starting to feel annoyed or angry, take a breath and at least act relaxed. Next, label their situation, let them know that you too want to get results for them fast. Then shift into a meaningful conversation according to your normal sales process. And lastly, make sure you fight the temptation to be too nice, because the nicer you are, the more likely they're going to take advantage of that and possibly come down on you.

Make sure you're strong, you're relaxed, you have a great sales conversation, you keep control the entire time, and close more business.

In this post we talked about some terminology that you might not be familiar with. At ClientPoint's Sales and Marketing Innovation Lab, we're blending ideas from all different walks of life and research from all over the world and bringing it to the sales process. Schedule a Consultation with us today to learn how else ClientPoint can improve your sales process.

If you want to make more money in sales, you have to become more emotionally intelligent. We are going to explore emotional intelligence from a . . .
Read More

Today we're continuing the talk about cognitive biases that salespeople are running into on a daily basis. This is part two of the Cognitive Biases . . .
Read More

How We Fixed Our Marketing and Tripled Our Leads

If you're in marketing, you're probably doing it wrong. Here at ClientPoint we had to fix a massive marketing mistake that we were making. We’re . . .
Read More