Why Tonality in Sales is Critical to Your Success

Did you know that your voice has a massive impact in how persuasive you are in sales? Today, We’re going to be explaining the three primary types of tonalities, as it relates to selling, and how to start using them today.

What we’re talking about here is something you would typically learn from media trainers, charisma coaches, or even dating coaches, and it's often not talked about in sales. So, we’re bridging some of these techniques into the sales process and what these trainers will teach is that there are three primary types of tonalities.

There's a tonality where you're trying to get someone to like you. And when you're trying to get someone to like you, you're typically emphasizing and going up at the end of your sentence. The problem with this tonality is it signals that you think the other person is more powerful than you. In sales, oftentimes when we first get on a sales call with someone, we accidentally signal that they're the more powerful one in the relationship by saying, "Hey, how are you today?" This happens a lot with cold calling or very first impressions.

The problem with that is if you're too nice and too friendly, it's going to give that prospect a little too much power in the conversation. It's going to show them that you're feeling slightly insecure. So, you want to make sure you're not being overly friendly with your voice on the very first thing that you're saying to somebody and even throughout the sales process.

Schedule a Consultation to see how ClientPoint can enhance your sales process.

The next type of tonality or use of your voice is neutral. When your using a neutral tonality you’re not going up and you’re not going down at the end of your sentence. This is typically where you want to stay when selling. It's the most persuasive type of tonality because what you're doing is, you're signaling that you see the other person as an equal. It's an adult-adult relationship.

The last type is called rapport breaking tonality. This is where you're talking to somebody and you're going down at the end of a sentence in a commanding way. This is something you might hear from a police officer, they're going to say, "Hey, how are you today?" and it's going to sound a little bit more commanding. This tonality is going to break some respect or it's going to make a dicey feeling on the relationship when you use it. So, you can use it at certain points in the sales process, but you want to be very careful.

This is how you're using your voice and selling to basically tell people how you really feel about them and how you feel about yourself in that moment. So make sure that when you're in your sales processes, you're not being too gruff or you're not being overly polite with your tonality. 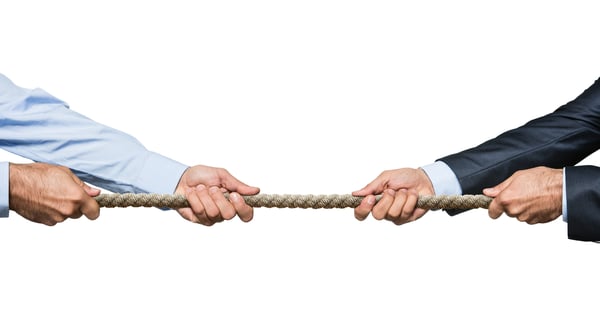 Once while on a speaker phone call, where the person on the other end of the phone used that rapport breaking tonality, he said, "Hey, how are you?", in very low-pitched commanding tone. And what he really meant was, "I'm the big boss. You're stepping into my world where I'm the most powerful person here." So immediately we have something called a frame battle. So, our response was, "Good. How are you?", using the same rapport breaking low-pitched tone back to him and he immediately went up in tone and said, "Oh, I'm having a good day.", in a neutral tonality. This let us know that we were now seen as equals instead of falling into his power trap.

Normally when somebody has rapport breaking tonality with you, they're typically trying to intimidate you either consciously or unconsciously. Accidentally, the natural response, if we start getting intimidated, is to respond with a high-pitched emphasizing tonality. And that just breaks the frame and now you're looked at as the least powerful person in that conversation.

ClientPoint can take your business conversations to the next level, Schedule a Demo to learn more

The Anatomy of a One Call Close

In this post Brian Koehn covers the key techniques he used to close a sale after a single call. In sales this is called a One Call Close, check it . . .
Read More

Selling Through COVID-19 and Beyond: Overcoming Insecurities on Video

One of the biggest challenges with being a successful remote seller is overcoming some of the insecurities you can feel when having your video on. . . .
Read More

Selling Through COVID-19 and Beyond: Using Body Language on Video

A major part of being a successful remote seller is having great body language. Understanding what your body language conveys to your prospects will . . .
Read More